With cloud storage and USB disks available, in 2020 people are still using CD/DVD burning software. BurnAware is one of the best free burning software available on the internet to create CD, DVD and Blue-ray discs. The first beta version of BurnAware version 14 released a 64-bit version of the App for Windows, as well as offering different themes to change the appearance of the interface.

When you install BurnAware on Windows, 32-bit will be installed. Now the 64-bit version of BurnAware is available separately for download. This is installed in the Program Files directory instead of Program Files (x86).

In addition to the default Windows theme, it allows you to change the interface to look different from the following.

You can apply any of the above themes in the BurnAware Interface by going to View > Theme. 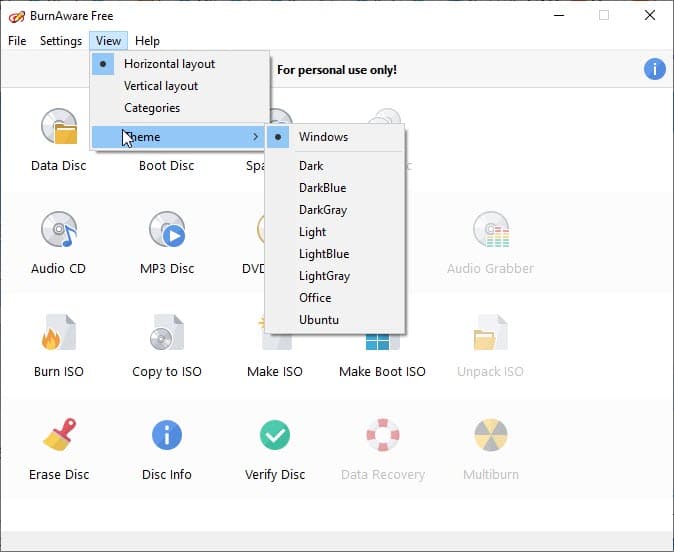 Audio Grabber has received support for FLAC format and now offers the option to rip all tracks.

You can download BurnAware 14 which is in beta from on here.

Do you use Burning software? What is your opinion on BurnAware? Let us know in the comments below.

You can now run Malwarebytes AdwCleaner from the command prompt