Firefox 57 was recently released, hope you like it. Mozilla Art Director Sean Martell has released the Firefox Quantum theme add-on and is available for both Nightly and Release versions. Yes! Separate quantum themes available for stable and night.

Visit the links below in Firefox 57 and click tap to preview, when satisfied, install. Both themes can be installed in Firefox Quantum, and you can use any theme you like, for example, you don’t need to be using Nightly to use Nightly theme. 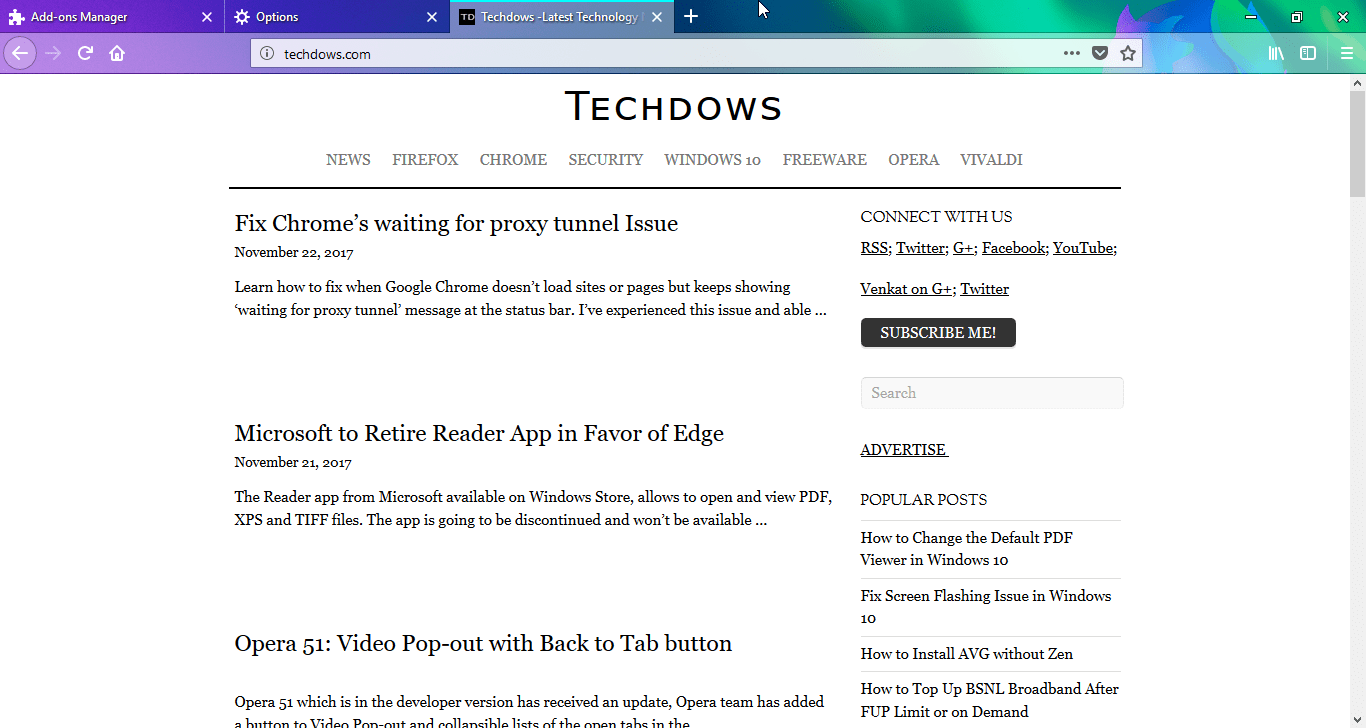 After installing the theme, to switch to another theme, you can visit the themes panel in the add-on manager or enter custom mode.