Apparently, there are several reports from users on the Malwarebytes forum that the anti-malware is not working properly on Windows 10 2004, causing all sorts of problems like slowdowns, apps not opening, and computer freezing. Malwarebytes acknowledged these issues today and said it is investigating and suggested that affected users take the following actions to overcome this.

Malwarebytes is not working well on Windows 10 2004. This was brought to the attention of the company by affected users via various forum threads.

The problem is that all users running Malwarebytes on Windows 10 May 2020 Update are not affected, only a few, this may have to do with different PC configurations, hardware drivers and third party applications.

The company suspects a possible conflict between the ransomware protection layer and Windows 10 2004 as the cause of the issue.

The following mitigations were suggested by the Malwarebytes team 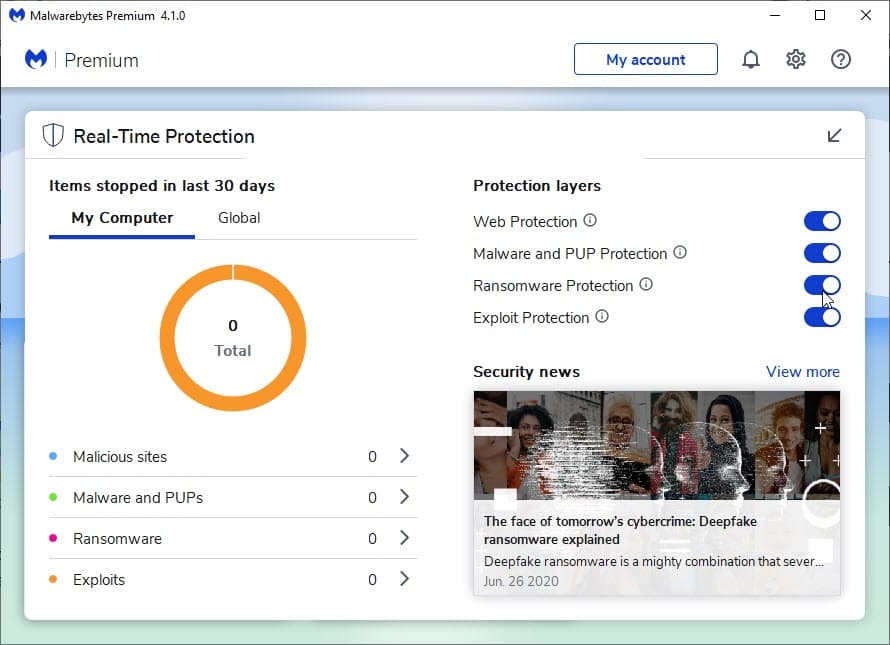 Windows 10 May 2020 Update has many known issues. Chrome and Firefox are also affected, and Google and Mozilla are investigating to find the cause and fix issues reported by users.