In November 2019, Malwarebytes 4 was released with a new scanning engine, since then the anti-malware has received new updates with bug fixes and improvements. Malwarebytes version 4.1 added support for the most requested dark mode/dark theme in Windows 10.

There are reports on the Malwarebytes support forum [1] [2] [3] about Malwarebytes UI lazy or unresponsive loading or UI elements in MB system tray icon are appearing empty with no options. 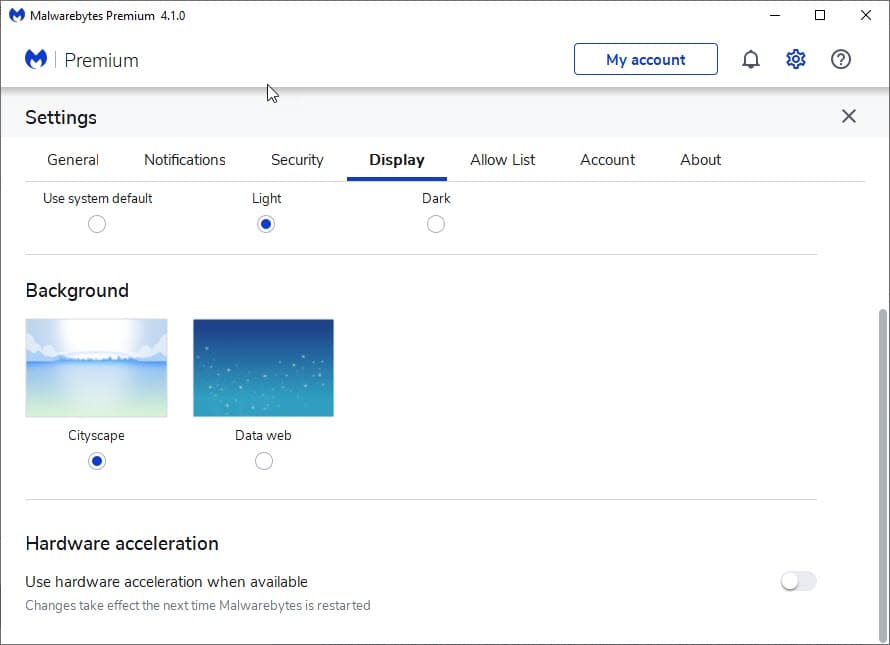 1. Hardware acceleration is disabled by default (for new installs)

If you’ve updated to the latest version of Malwarebytes and you’re having issues with the Malwarebytes interface, go ahead and do the following

Malwarebytes 4 gets its first update in 2020