If you have brought a branded PC from an online store such as Dell, HP or Lenovo, then you should be concerned about the pre-installed software that PC brands put on the system along with Windows and can affect the system performance, consume more resources, CPU and memory.

There are special freeware tools available on the internet to get rid of them, for example you can rely on PC Decrapifier and Decrap my Computer, now you can add Malwarebytes AdwCleaner to the tool list.

Malwarebytes took to its forum to announce the availability of the new version. This is a major version and the developers spent a year to make it available to the public.

AdwCleaner v7.4, in addition to detecting pre-installed apps, comes with several UI changes, for example, it now uses “Windows 10 style title bar” and its UI dimensions have been increased. 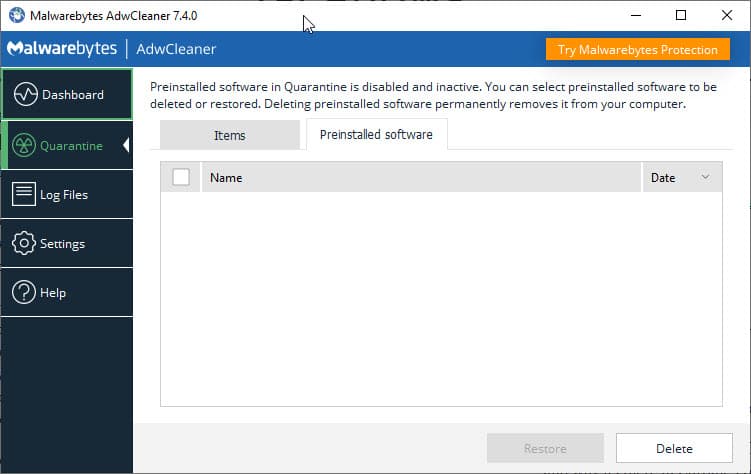 If you are already using AdwCleaner on your computer, you will be prompted to update to the latest version, Yes! AdwCleaner has built-in auto-update.

You can also download the latest version of AdwCleaner manually from on here.