Pocket is now a system add-on in Firefox 46

Both Pocket and Firefox Hello are system add-ons now. Mozilla did it! He had moved two of Firefox’s rarely used features as built-in add-ons: first Firefox Hello was made as a system add-on, now Pocket. Last Firefox 46 Every night have this change, you will notice this when you see the list of extensions in the troubleshooting information or about:support page.

You will find XPI pocket file at this location along with Hello (as loop): C:Program FilesNightlybrowserfeatures.

Popular pocket known as Read it later, initially available for Firefox as an add-on, Mozilla has integrated this proprietary service into the Firefox browser with version 38.0.5, which has annoyed some users, I hope this change makes them happy. 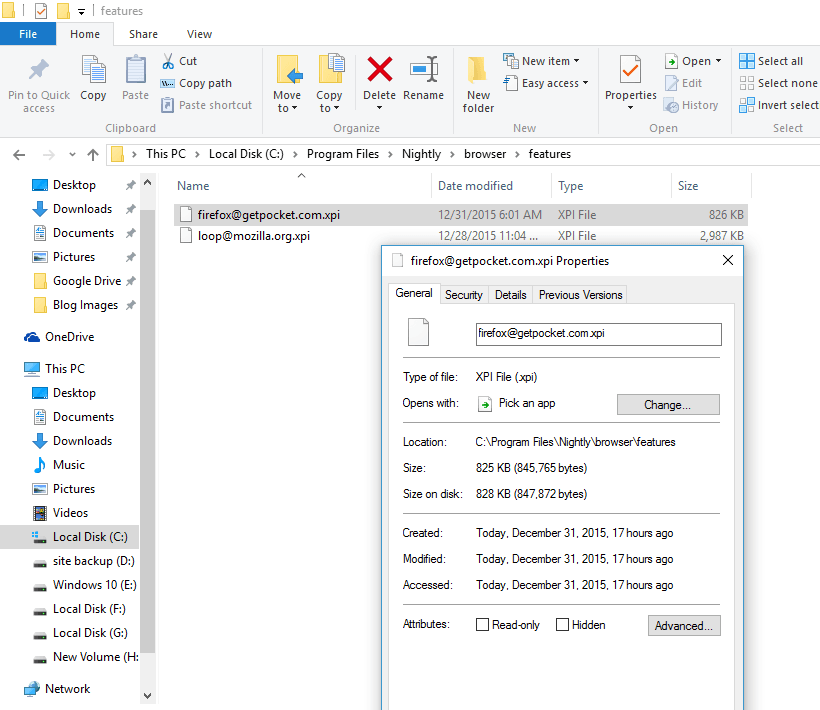 This change – shipping features as system add-ons – is part of the Mozilla goes faster project for the Firefox browser, “The ultimate goal (of this one) is to reduce the time it takes to deliver value to the user. This focuses on getting features and fixes to the user in a reduced cycle time, but includes reductions in download time for updates and new versions, and reductions in build and release time.”